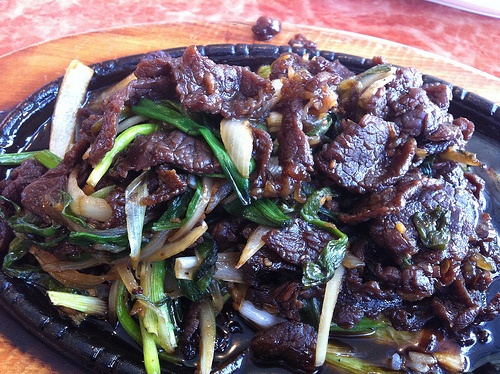 The meat for Beef Teriyaki can be grilled or broiled, while the traditional sauce for this dish is usually made by mixing soy sauce, Sake, and sugar or honey, then boiled until thick.

The meat would also taste better if part of the sauce is brushed on it while cooking.

In a small saucepan, gently heat the Sake, dry sherry, dark soy sauce and sugar until the sugar has dissolved. Increase the heat and bring to a boil. Remove from the heat and leave until cold. Lightly wipe the steaks, place in a shallow dish and pour the Sake mixture over. Cover loosely and leave to marinate in the refrigerator for at least 1 hour, spooning the marinade over the steaks occasionally.

Cook the rice with the piece of root ginger according to the packet instructions. Drain well then remove and discard the piece of ginger.

Slice the mangetout thinly lengthwise into fine shreds. Plunge into a saucepan of polling salted water, return the water to the boil and drain immediately. Stir the drained mangetout and spring onions into the hot rice.

Meanwhile, heat a griddle pan until it’s almost smoking. Remove the steaks from the marinade and cook on the hot grill pan for 3-4 minutes each side, depending on the thickness.

Place the remaining marinade in a saucepan and bring to a boil. Simmer rapidly for 2 minutes and remove from heat. When the steaks are cooked to personal preference, leave it for 2-3 minutes, then slice thinly and serve with the rice and the hot marinade. 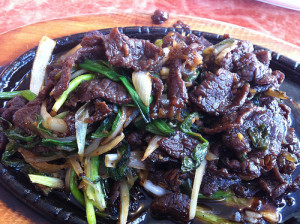 A great alternative for Sake is pineapple juice because of its sweet flavor, and it has enzymes that help tenderize the meat. 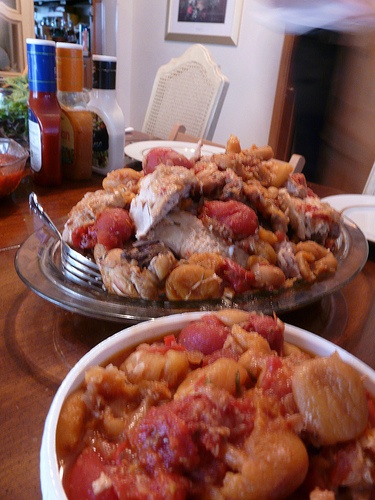 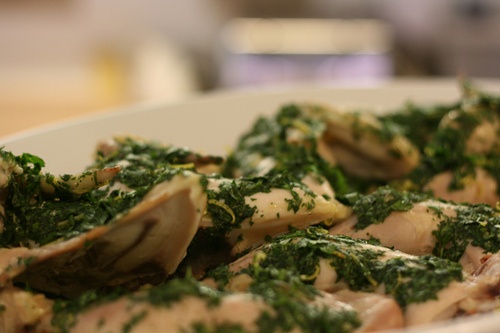 Poaching is an overlooked method for cooking chicken breast. The gentle, even heat of barely simmering water results in juicy, tender meat that is perfect for shredding into a quick soup or making into chicken salad. Here, poached chicken is paired with salsa verde herb sauce based on flavorful staples you may already have on… 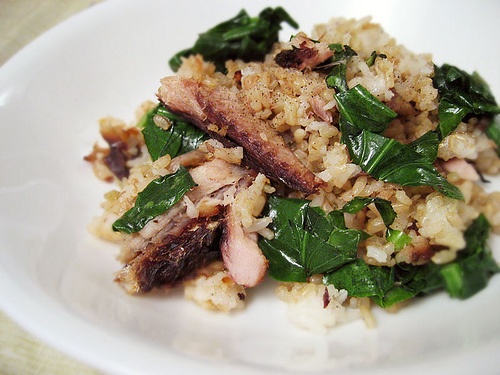 You will keep coming back for more! Ratatouille Mackerel is a great, hearty dish because of its freshness and spices. It will surely be a wonderful fish experience for you! Very Filling Ratatouille Mackerel Ingredients: 1 Red pepper 1 Red onion, peeled 12 Fresh basil leaves 1 Garlic clove, peeled and sliced thinly 2 Courgettes,… 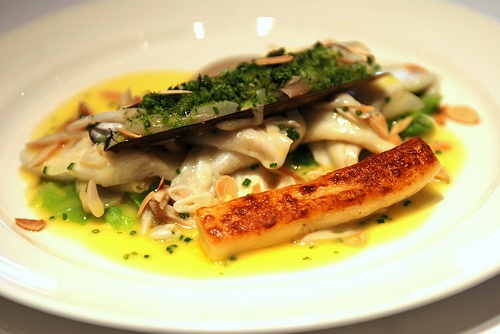 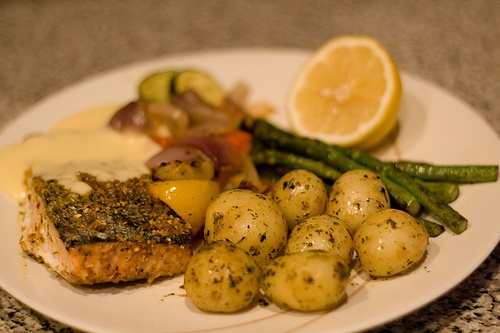 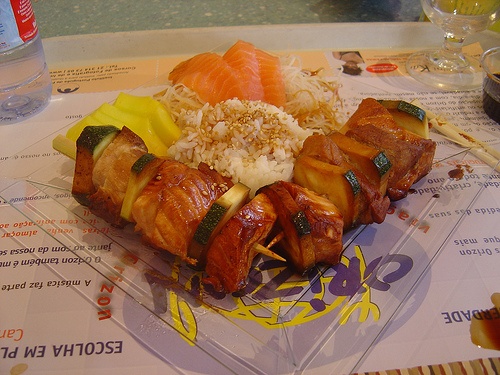 MarketBaskethq.com is a participant in the Amazon Services LLC Associates Program, an affiliate advertising program designed to provide a means for sites to earn advertising fees by advertising and linking to amazon.com

MarketBaskethq.com is a fan-based website. WE ARE IN NO WAY AFFILIATED, CONTROLLED BY, SPONSORED BY OR ENDORSED BY DEMOULAS SUPERMARKETS INC LOGO OR COMPANY. Please review our disclaimer page